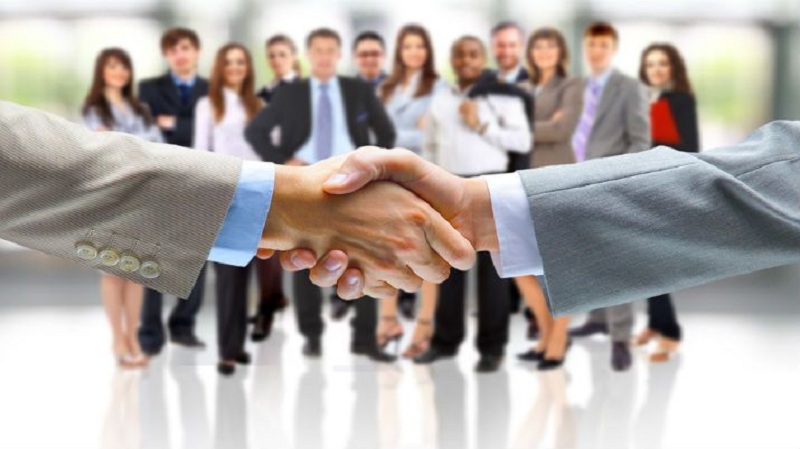 All of us in life regularly have to negotiate. And it doesn’t have to be a dispute between big businessmen about an important deal – it can even be negotiations between family members regarding the place of future rest. Or negotiate with the child about what clothes to buy him. The skill of effective negotiations can be useful in a huge number of situations, and in this article, we will try to reveal to you some secrets of this skill. Any effective negotiations have certain stages. The ability to see, feel and successfully pass them is an important key to the success of the entire enterprise. The number and content of these stages may vary depending on the situation: for example, it is obvious that if it comes to clarifying some moments with the household, then you do not need to find a place for effective negotiations (most likely it will be just your apartment). However, we will list all theoretically possible stages so that you have a kind of guide for any occasion:

Psychological training. Before the actual beginning of the conversation itself, it is necessary to clearly define what exactly you want to achieve. At the same time, it is very important not to show excessive egoism. It is clear that you are striving to do everything in your own way, but you must not forget that the other parties will want the same thing. So try to put yourself in their places and reflect on what, how, and why they may demand. And only after that, formulate your final goal, which will take into account the interests of all the participants in the negotiations and, to a certain extent, satisfy them. As part of the preparation, it is also advisable to determine the achievement of your goal in which way you would be satisfied, and which compromises will be most acceptable to you. Tricks and tricks Of effective negotiations

Negotiating without preparation or without a clear summary of the results is not always, but quite often turns out to be a failure. Therefore, it is advisable to follow the rule of successive passage through all stages of the negotiation process (especially when it comes to business communication) in order to increase your chances of success. And what else can be done for this – we will tell further.

Its shirt is closer to the body, and it is obvious that during the negotiations, each participant seeks to achieve the most advantageous decision for himself. The art of successfully getting out of this seeming impasse is the ability to find the common pain of all parties and to build a discussion around it. If the problem and, accordingly, you have a common goal, then you will be on the way to finding a solution to this problem.

This is a rather conventional wording; however, in general, a successful negotiation technique always implies the ability to control one’s emotions. You must think with your head, not with your heart, and not allow yourself to show pronounced weakness, upset, and the like. The ability to “save face” even in case of the unsuccessful outcome of the conversation is especially important in business negotiations since it shows the degree of your self-confidence and the seriousness of your attitude to the subject. Do not try to seem overly clever.

In order to effectively conduct a conversation, it is very important to correctly balance on the part of how intelligent and intelligent the interlocutor will consider you. On the one hand, you should not “turn on the fool”, on the other hand, too, it’s not necessary to be too clever. People, for the most part, love to feel somewhat smarter than others. Therefore, do not press on your interlocutor with your erudition and let him occasionally flash his own.

Do not consider negotiations as your last chance.

To get the desired result, it is very important to remember one more simple rule: negotiations should not be for you a “lifeline”, without which you will perish. You should not consider the actual situation in your life as one that hangs in the balance and depends only on the outcome of this conversation. In other words, during effective negotiations, you should feel relatively light and relaxed, and not tense due to their extremely high importance. When it comes to negotiations on business, work, and the like, it is extremely important to properly allocate your resources. You should not attend many negotiations in a short period of time, and even more, you should not spend sleepless nights in front of them. If meetings are supposed to be held in places with fairly expensive services (for example, in fashionable restaurants), then you need to count their number based on your real financial capabilities.

Tune for the best, prepare for the worst

In order to conduct effective negotiations, you need to believe in your success and your idea – otherwise you simply cannot convey it to your opponent so that he, too, will like it. But at the same time, you should never rule out the likelihood of failure. Somewhere in the background of your thoughts, there should be a very clear understanding that in theory, a conversation can end with an unfavorable result for you. In this case, you will soon recover from the failure and begin to constructively argue what to do next. Do not play the fortune teller or the great manipulator

During negotiations, everyone wants so much to get the desired result that sometimes the interlocutors begin to guess how to decipher the gestures, intonations, and looks of each other correctly. Theoretically, they may contain a grain of truth, but in practice, it is difficult to guess the correct interpretation, and you simply waste your time and energy on understanding the signs in which your opponent may not have put any sense.

At the other extreme, attempts are made to use negotiating methods with psychological manipulation. This option should be resorted to only if you have very deep knowledge, skills, and experience in such matters. If you just read a pseudo-expert article in a journal, then it is better to refrain from this: you will not achieve your result anyway, and it’s quite possible that you get angry with the interlocutor.

During the negotiation process, you can and should ask questions: this way you will better understand your opponent, show him your concern and attention to his opinion. However, these should be open-ended questions, that is, questions without answers and words that lead to a particular answer. Such questions give the person in charge of complete freedom of action, and he can say what he really thinks.